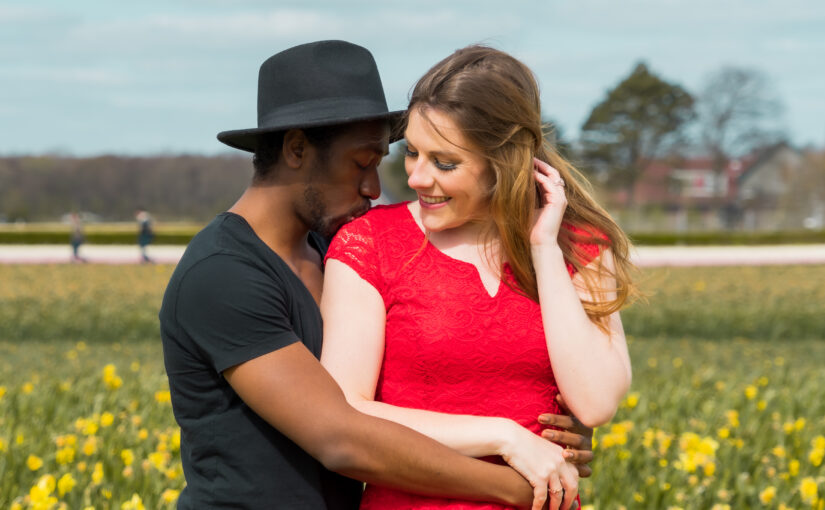 Dutch tulip fields are famous and every year tourists from all over the world come and visit these beautiful flowerfields in the north of Holland. A part of Holland is transformed into a huge sea of flowers from mid March to mid May. It mostly starts at the crocus season in March, followed up by daffodils and hyacinths. Last but not least the beautiful tulips fields start to grow. This is from mid April till mid May.

Planning a photoshoot and more

One of the things on my bucketlist was to visit the tulipfields and take pictures. I had this idea for quite some time. You know that me and my niece Daphne like to go out together and take pictures. So this time I asked her if she liked to go with me to visit the tulipfields. She told me she likes the idea very much. As we were brainstorming about it the idea came up to organise a photoshoot together within the tulipfields. And so we planned a date in april. We wanted to work together with a model and a make up artist to make it a real fine photoshoot.

My niece posted an advert on facebook. So many models reacted on the advertisement. We choose two models to work with. I asked a make up artist whom I already knew. She said yes. So our team was complete. Both Daphne and myself had the same ideas about a concept we wanted to work out. Our project photoshoot at the tulipfields was born.

First thing we had to do was to ask permission from a tulip farmer. My niece found a tulip farmer willing to allow us taking pictures. She made all the arrangements with Jan van der Slot of Van der Slot Tulips in Voorhout.

Daphne also arranged everything with both models Veena and Veerle with her boyfriend Nilson. What dresses they should wear and which accessoires. Like a hat or flowercrown and more.

As we were organising this photoshoot at the tulipfields, we were getting more and more excited. Finally the long expected shooting day had come. I went to pick up Daphne and from her house we drove with her car to the location. When we arrived at our destination we met Mieke, the make up artist we made the arrangements with, already waiting for us. The three of us were now waiting for the first model to come. In the meantime we bought a bunch of tulips to put in a rush basket we bought for the occasion. When Veena our first model showed up, Mieke could start her job. While the make up artist was doing her job, me and my niece were checking out the environment.

Daphne and myself in action

When we were checking out the location we found out that there are not only tulip fields with different colours but also fields with daffodils and hyacinths. So we also took pictures in the other flower fields. It was fun working with Veena. We were talking and making jokes. We were laughing. The atmosphere was very relaxed. Both Daphne as well as myself took lovely pictures. Check out some of the results I made that day.

Shooting time with Veerle and Nilson

After the first photoshoot with our first model, Veerle and her boyfriend Nilson arrived. Because of the time pressure Mieke went making up our second model immediately. When she finished her job, we started the photoshoot with both Veerle and Nilson in the field with daffodils. After that we went again to the tulip fields for some different pictures. There was a little distance between the fields so we had to walk. The two models quickly put on their jackets and caps because it was very cold that day. I really have to gave big compliments to both Veerle and Veena being so strong and wearing those summerdresses inside the cold weather. Of course I also praise Nilson cause he was also wearing just a t shirt. That’s what real models do. Without any complains they did a great job!

This was the first time me and my niece organised a photoshoot like this. We really liked it and it was a great succes. That’s why there will be a follow up very soon. We have many ideas so we want to work those ideas out in another project. Stay tuned. I would really like it to get some feedback about this article.