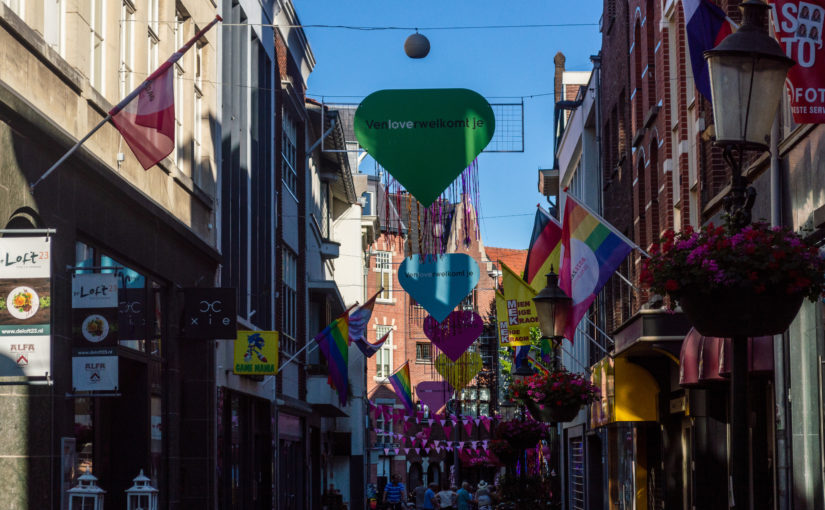 A few weeks ago I went to an event called Pink Saturday. The event was in Venlo. I went to the event mainly to photograph some artists.

Pink Saturday was organised by two towns, Venlo and Krefeld to make a statement. This event was organised to celebrate freedom, tolerance and boundless love in Holland and in Germany . Everybody is equal. No matter the sexual preference.

Around 12 noon I drove to Venlo. When I arived the first thing I did was to eat and drink something. In front of the city hall a huge stage was build. The place was very crowded. I was watching happy people. They were dancing, chatting, having fun. The town was in a festive mood. The atmosphere was great. Some of the artists that performed are Maan, Jonna Fraser and Romy Monteiro. I really liked Romy Monteiro. She was singing songs from Whitney Houston like I will allways love you and I wanna dance with somebody. The public was very enthousiastic. I walked to the front of the stage and took some very nice pictures of her.