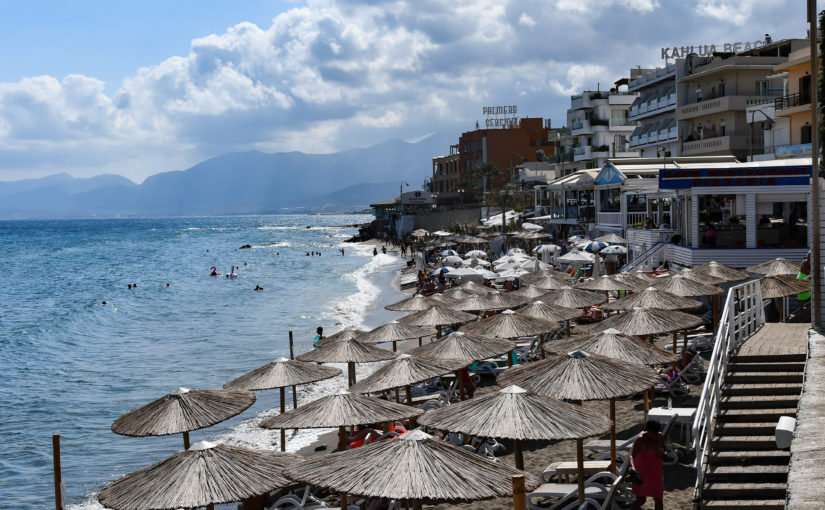 In september I spend my holiday on the beautiful island of Crete. Crete is one of the biggest Greek islands and the fifth largest island in the Mediterranean Sea. I stayed for one week.

Chersonissos, the town I stayed, is a small tourist place but nevertheless very interesting. The hotel I lodged in is called Palmera Beach Hotel. It’s a lovely hotel situated at the boulevard, close to the sea. Even though I went in september, there were still many tourists. Some of the clubs were already closed but most of the places were still available for tourists. The weather was lovely. Although I have to say that for a few days the sea was wild. There was a little wind that caused some pretty waves which attracted lot’s of people. They were fascinated by the waves and made pictures. Of course myself was also fascinated and I took pictures of how the waves crashed into the rocks and exploded.